Federal, State and Local Fair Housing Laws protect individuals from housing discrimination. It is unlawful to discriminate based on certain protected characteristics, which include, but are not limited to: race, creed, color, national origin, sexual orientation, gender identity or expression, military status, sex, age, disability, marital status, lawful source of income or familial status. Click link below to Read More.

My grandfather, Miguel Cardona, was the first in our family to give the world a glimpse of the Cardona family’s ambitious, hardworking and determined nature. It all began when he left his home of Medellin, Colombia in the early 1900s during the “Guerra de los Mil Dias” (War of A Thousand Days) to find solace for his family in a peaceful land away from the chaos of war. His journey took him south by about 118 miles to LaFlorida, Dosquebradas near the Otun River where he found a plot of land with a bounty of natural resources like scallion, trout, bass, buffalo, cow, onions, carrots, beets, and tomatoes. It was here that my grandfather felt free to envision a new life for his family – one unencumbered by the stress of civil war and the limitations thereafter. He returned to Medellin to resettle his entire family to LaFlorida.

As the first pioneers in Dosquebradas, Miguel and his brothers and sister began to assemble their new life by hand, literally. They lived off the land and everything it provided for them. The abundance of wood in the Risaralda forest became their income and livelihood. They chopped the wood, gathering as much of it as they could to sell in the neighboring villages and towns. They also built their homes out of the branches and tree trunks found in that forest.

The siblings continued to bring Miguel’s vision to life by transforming plots of land near the River Otun in LaFlorida, eventually evolving the rugged countryside into a prosperous and impressive community. Little by little, they developed houses, shops, and churches in this once secluded area.

Today LaFlorida is a well-known tourist area filled with restaurants, shops, and small businesses. Thanks to my grandfather and his siblings, generations of families have gathered together to enjoy picnics and all that LaFlorida has to offer.

Jorge Hernando Cardona was raised in La Florida being taught to live off the land just as previous generations of the Cardona family. He led a farmer’s life which was difficult, at times, both mentally and physically. Having to fend for his brothers and sisters was a challenging task, but not impossible; as my father always saw it. At the age of 9, Jorge ran away from home to escape the stern hand of his father. He sought shelter with principals and teachers, and worked to feed and clothe himself. Jorge faced obstacles head-on. Run-ins with wildlife, storms, shortages.. you name it, Jorge could find a way and make a way to get through the hard times. He was resilient, smart, patient and devoted. These traits would prove to become invaluable to Jorge and his future.

The next generation of Cardona’s would carry forward the same ambition and determination for a better life that my grandfather had…via my mother, Ofelia Lida Valencia and my father, Jorge Hernando Cardona. Ofelia was only 18 and pregnant with my older sister when they moved to the United States. Without knowing English and at times feeling scared and out of place, Ofelia and Jorge made their way in the U.S. With their pure love for family and enthusiasm for change, they were able to rise above discrimination and setbacks, time and tide, continuing with the Cardona spirit of ambition and determination.

My parents first settled in Harlem when they arrived in the 70’s on temporary Visas. My father found work pumping gas and waiting tables, he worked long hours and he never once complained. We moved around a few times but my days in our Williamsburg, Brooklyn apartment are the most vivid memories I have of my childhood. I was two years old at that time living in a small 2 bedroom apartment home to our family which consisted of my parents, my grandmother Ofelia Giraldo, and my brothers Steven and Henry, and my sister Liliana. I remember sitting in our living room with Liliana, the only one of us who spoke English at that time, while she taught the rest of us how to read and write.

From Williamsburg we moved to Bushwick, Brooklyn. It was now the early 80’s and St. Nicholas Avenue came alive with Cardona kids. My brothers and I played stick ball in the street while our sister kept an eye on us from the stoop. This was the first home my dad bought and one of his proudest accomplishments. This property was kept in the family as a rental prior to our move to Queens.

At 19, I made the decision to join the United States Air Force. I was trained to support Fighter Jets F15/F16 and security forces. I became part of the 323 Squadron and, within the first month of my military career, I was promoted to Element Leader in charge of 15 soldiers. My assertive yet respectful demeanor served me well for I was successful in running my squadron with precision and consistency. I became a leader.

The USAF had the right conditions for me to thrive, my leadership skills grew and my hard work was rewarded. From 1998 to 2002, my military career took me to Texas, North Carolina, Korea and Japan before returning home to New York City. I felt fortunate at such a young age to experience other cultures, expanding my world view and realizing on a deeper level who I was and who I wanted to become.

After 4 years of honorable service I earned enough college credits to enroll in Queens College. I was able to pay for college with military tuition reimbursement along with taking on 2 jobs. I worked at Nature’s Plus where I got my foundation in business starting work in their warehouse and eventually moving up and into their corporate offices. My second job was as a loan generator for a mortgage company. Working in real estate finance, my passion for the field was ignited. It didn’t take me long to act upon this burgeoning interest of mine. I completed the required courses in Express Real Estate School while on a break from school but, unfortunately, did not pass the state licensing exam on my first attempt. Later on I would circle-back to take the licensing exam again but, in the meantime, I completed my education at Queens College graduating with a Bachelor’s Degree in Sociology and and Minor in Psychology.

Like many college graduates, I started to take stock of my life and began to hone-in on what I really wanted. I read biographies of people who were down and out and climbed back to the top through hard work and perseverance, much like my parents and grandparents. I was still working in the mortgage company right around the time that the rental market was taking off. I felt inspired to pursue real estate.

The timing was right. I was ready to take the licensing exam again. After getting licensed, I began working for Rapid Realty in May of 2007. My career took off. I worked long hours, determined to succeed. After 3 months and with the help of my fellow co-workers, I was promoted to Senior Agent. I closed 15 deals in a single month. While my career momentum was building, I never forgot what my father taught me – “value those around you and you will succeed”.

When I was named “Top Listing Agent” in 2007 at Rapid’s annual award ceremony, I felt driven to launch the next phase of my career. I made the decision that I wanted to obtain my broker’s license. Just as my grandfather and father before me, I was inspired and determined to achieve. And, thankfully, so was Wendy Hu.

I met Wendy Hu around the time of my broker licensure and it was an immediate kinship. She reminded me of my parents. She came to this country not knowing a word of English but with a strong work ethic.

In 2009, we opened up the first Rapid Reality in Bushwick. We built the business from the ground up, assembled our team and modeled the type of work ethic we wanted reflected back. Our Bushwick office became the top producing franchise in the company and has maintained that spot ever since.

With the success of Bushwick, I was motivated to own more and to continue to propel the Cardona spirit. I helped a fellow colleague open up a Rapid Realty office in Prospect Heights, Brooklyn. Knowing a great leader when they see one, it wasn’t long after opening Prospect Heights that Rapid Realty’s owner & CEO, Anthony Lolli, and COO, Carlos Angelucci, approached me to check out Williamsburg. They found a fantastic opportunity in a great space a few blocks away from my first family home. From inspiration to opportunity, Williamsburg Rapid Realty was off and running.

Today, I am proud to say that I am an owner of 4 Rapid Realty franchise locations, manage over 200 licensed real estate agents, maintained “Top Listing Agent” status since 2007, and am growing the Rapid brand nationwide as an Area Developer. I couldn’t do it without the ever-lasting guidance, support and love from my family and people I am fortunate to have in my circle.

I learned a lot from the dedicated life that my father and grandfather led. I continue to educate myself, taking nothing for granted. I propel myself forward with the foundation that my father instilled in me and my siblings.

Jorge Hernando might say his greatest accomplishment was buying a house for his family. However, the way I see it, his accomplishments go beyond the signing of title…he taught me to always challenge myself to be better than I could ever be while helping others along the way.

The Cardona spirit is alive and well in me. 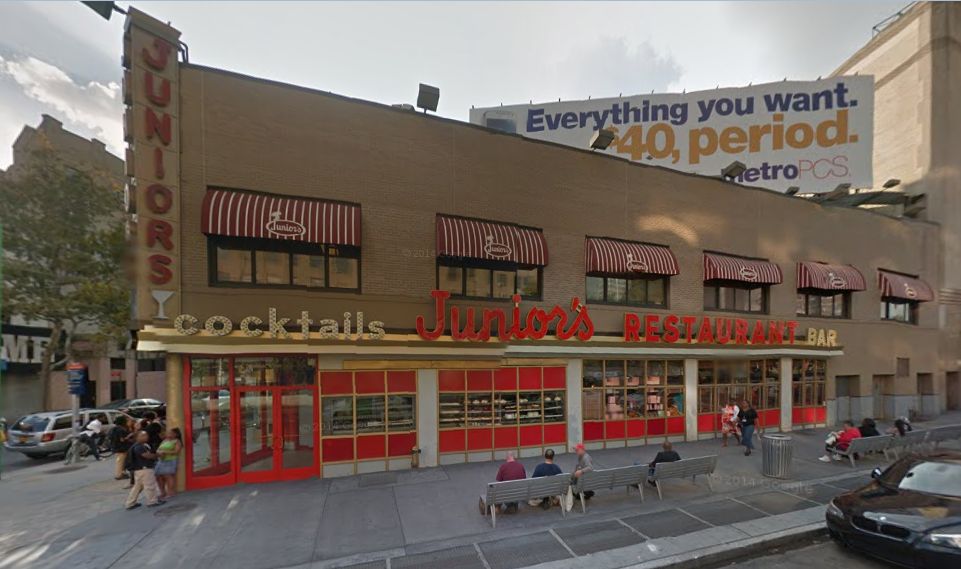 Brooklyn Commercial Real Estate, Not All Offers Are Good

Commercial real estate in Brooklyn continues to see big money offered for development deals. Not every owner bites, however. Take the unofficial landmark of Junior’s Restaurant […]
Do you like it?0
Read more 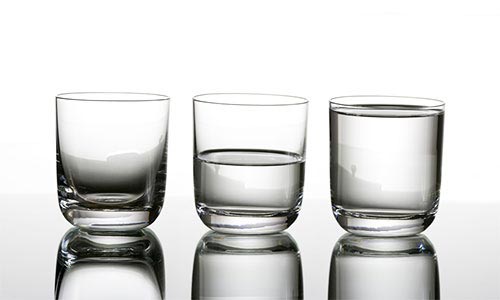 A Full Life One Way At A Time

In a recent article about personal excellence, I read about 101 ways to live a fuller life – sounded crazy to me, how do we find […]
Do you like it?0
Read more 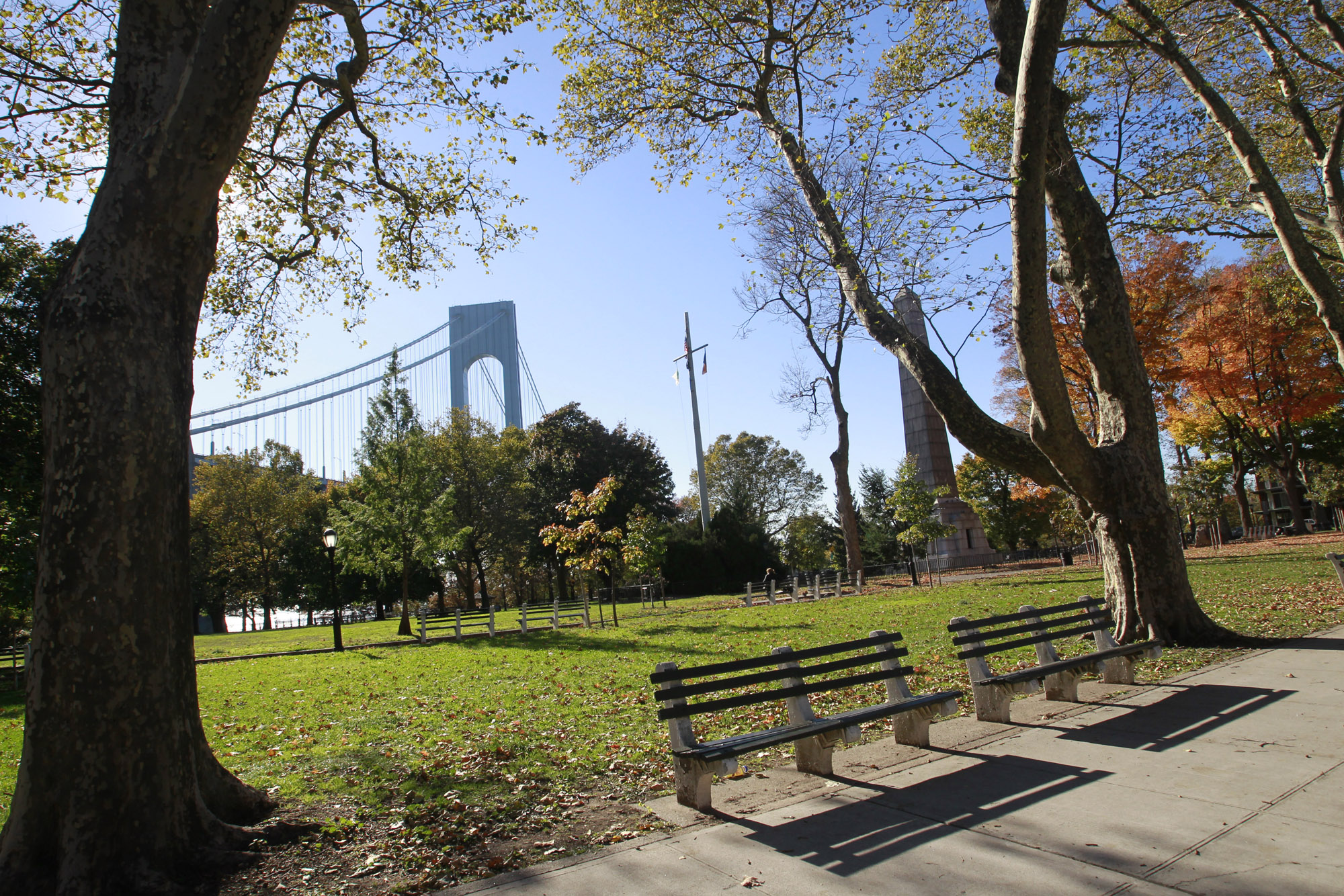 Looking for a place to call home in NYC for $2,000 or less that isn’t a cubby hole? A recent article in the NY Post has […]
Do you like it?1
Read more

My roots in Colombia go back to the 1900’s when my grandfather, Miguel Cardona, relocated his family away from war and into a region where they […]
Do you like it?0
Read more 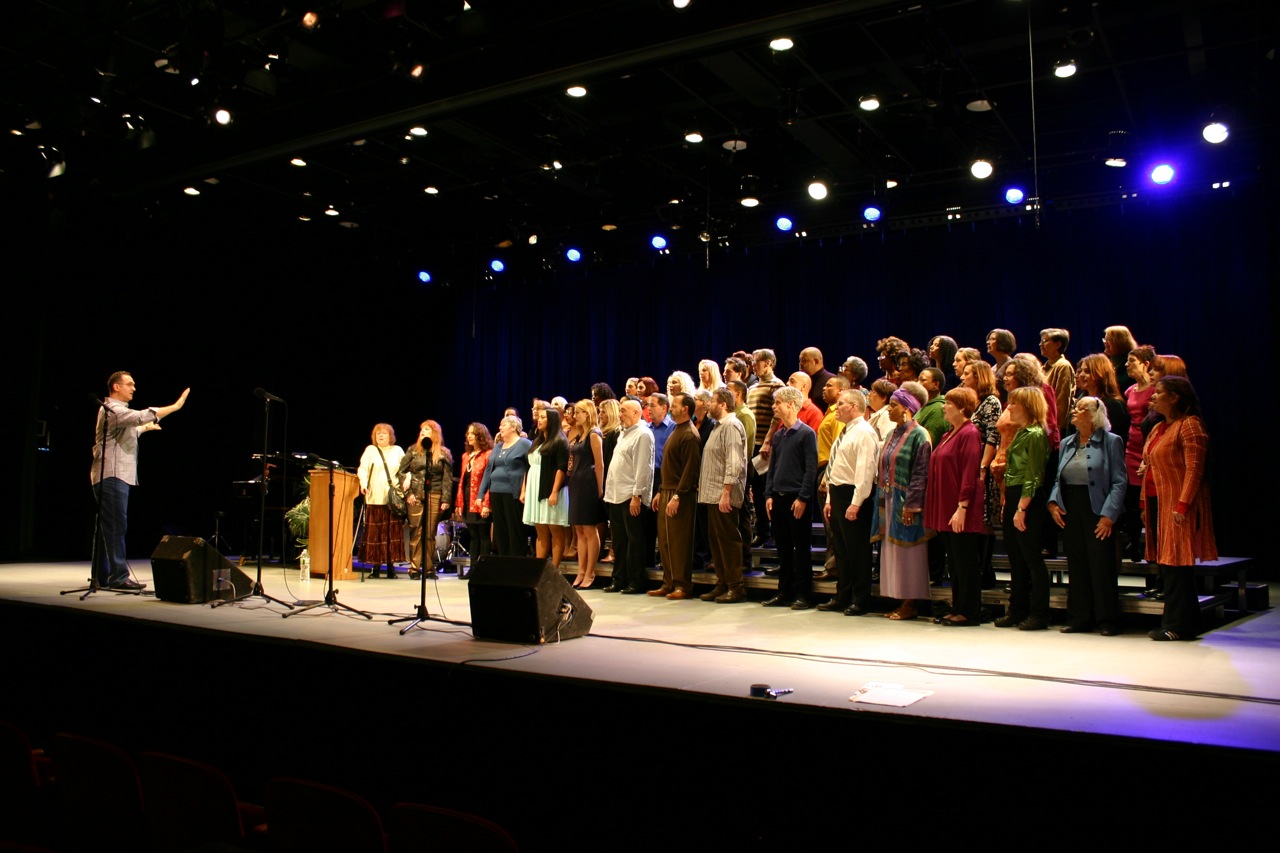 What Unity Is All About

I’ve always believed in the power of thought — of positive thinking. I believe we can affect change in ourselves and others through positive thoughts and […]
Do you like it?0
Read more 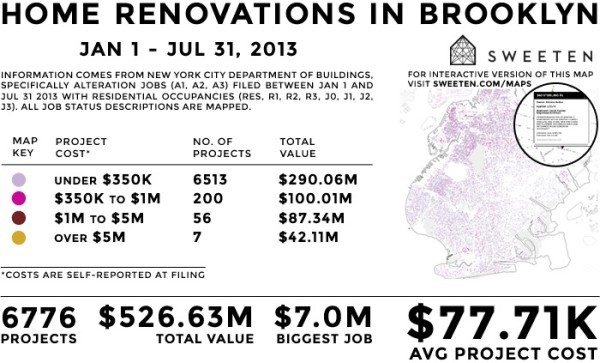 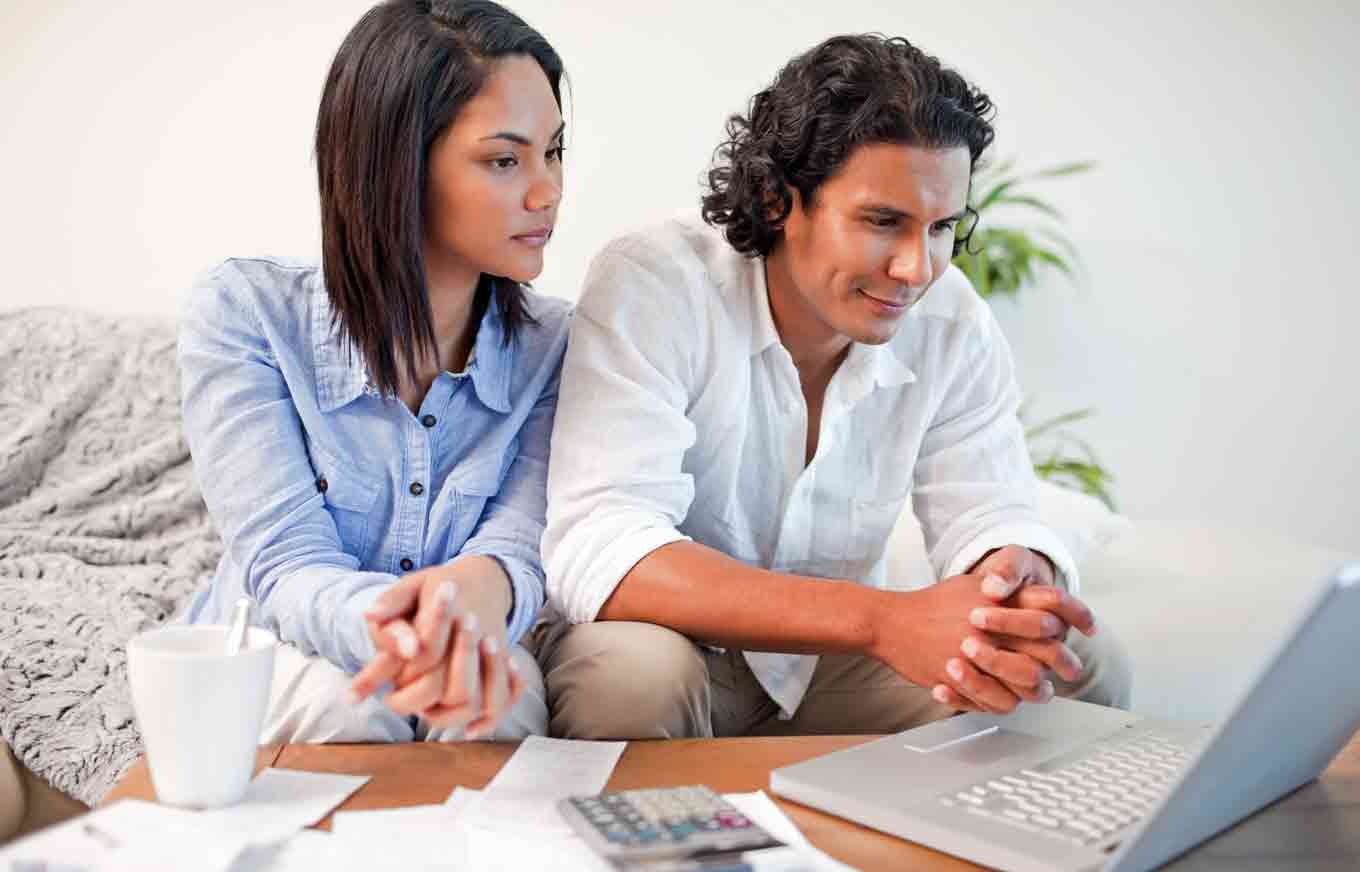 Half Is Not Enough

According to a recent article on market watch.com, since 2011 52% of Americans have had to juggle their finances in one way or another in order […]
Do you like it?0
Read more

Helped by rising home prices, Realtors saw their incomes jump for the third straight year in 2013, but an even bigger jump in expenses ate into […]
Do you like it?0
Read more 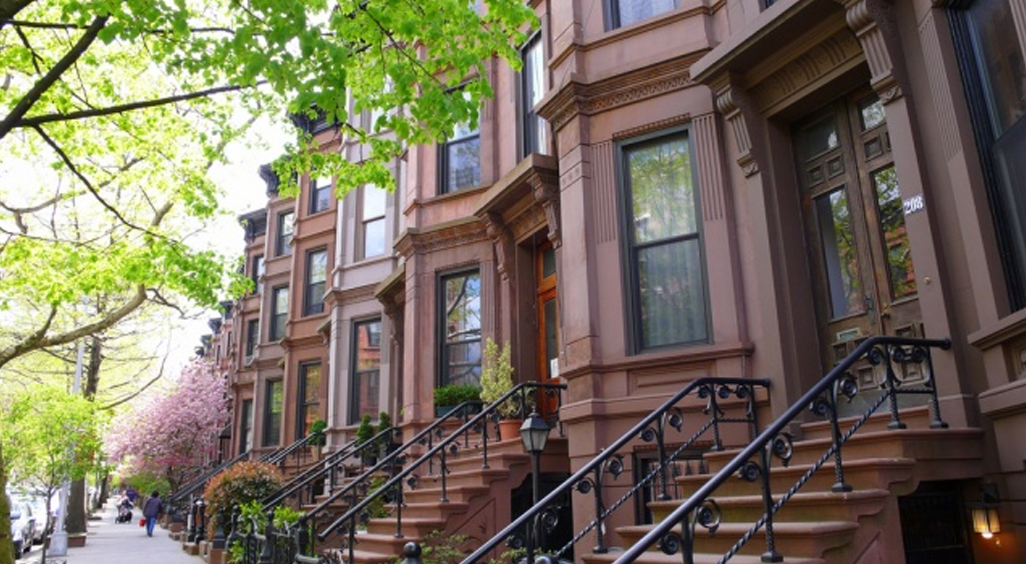 Brooklyn rents continued their runaway rise for the 11th month in a row, with the average rent clocking in at $3,209 in April, a 6.4 percent […]
Do you like it?0
Read more 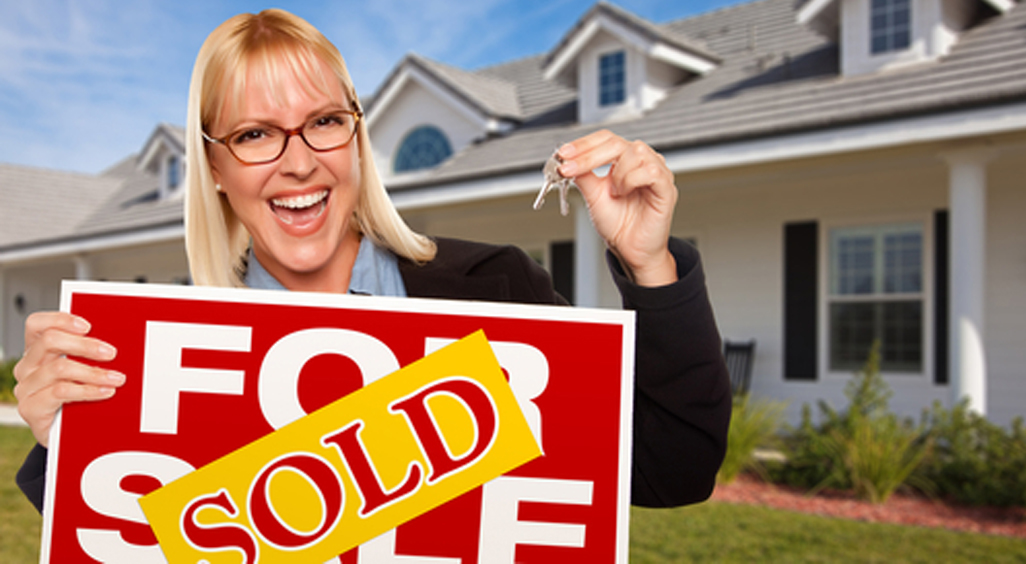 According to Forbes, “The happiest employees of all aren’t kindergarten teachers or veterinarians. They’re real estate agents.” In 2013, the number one ranked profession gauging your […]
Do you like it?0
0 Read more